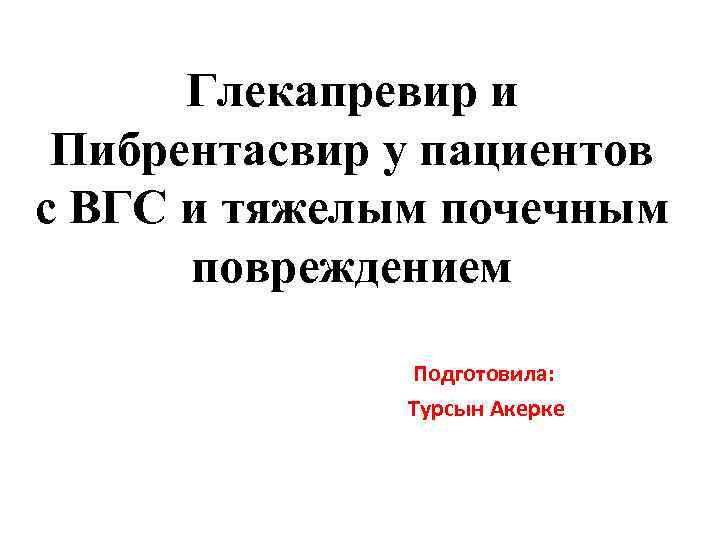 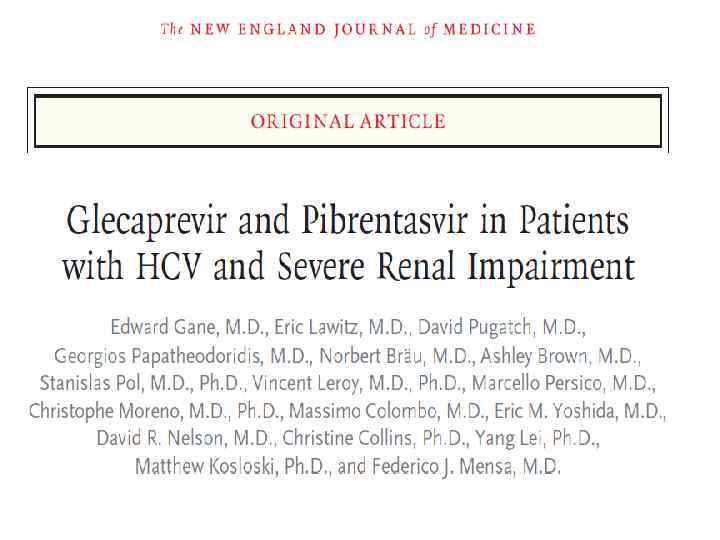 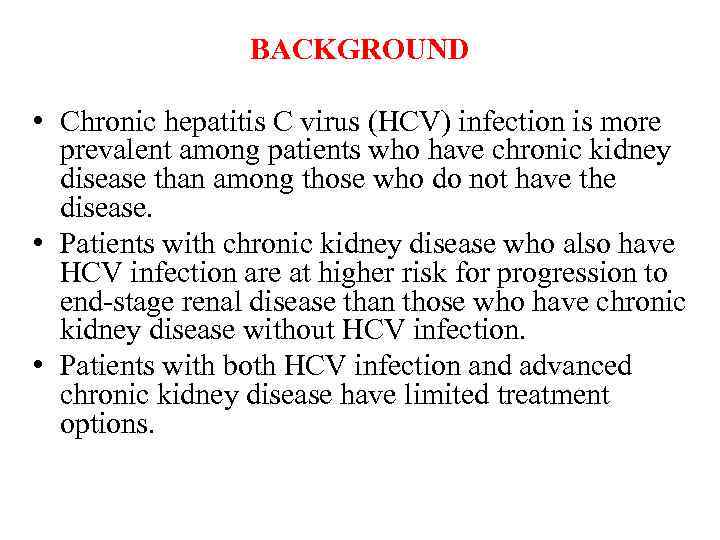 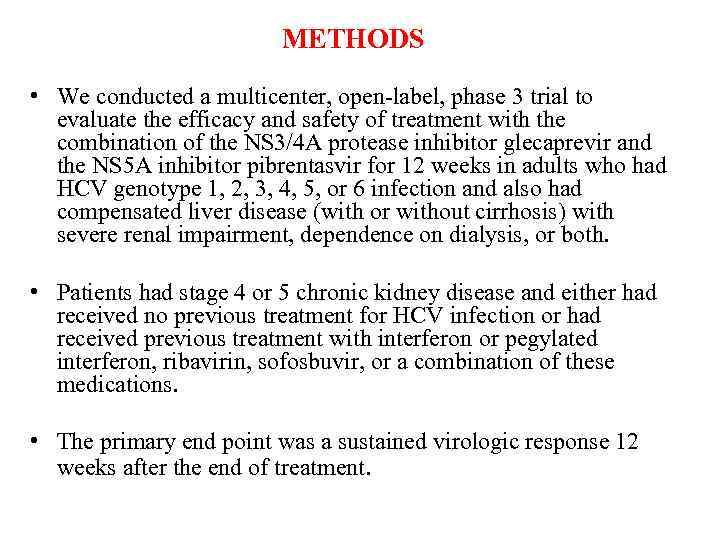 METHODS • We conducted a multicenter, open-label, phase 3 trial to evaluate the efficacy and safety of treatment with the combination of the NS 3/4 A protease inhibitor glecaprevir and the NS 5 A inhibitor pibrentasvir for 12 weeks in adults who had HCV genotype 1, 2, 3, 4, 5, or 6 infection and also had compensated liver disease (with or without cirrhosis) with severe renal impairment, dependence on dialysis, or both. • Patients had stage 4 or 5 chronic kidney disease and either had received no previous treatment for HCV infection or had received previous treatment with interferon or pegylated interferon, ribavirin, sofosbuvir, or a combination of these medications. • The primary end point was a sustained virologic response 12 weeks after the end of treatment. 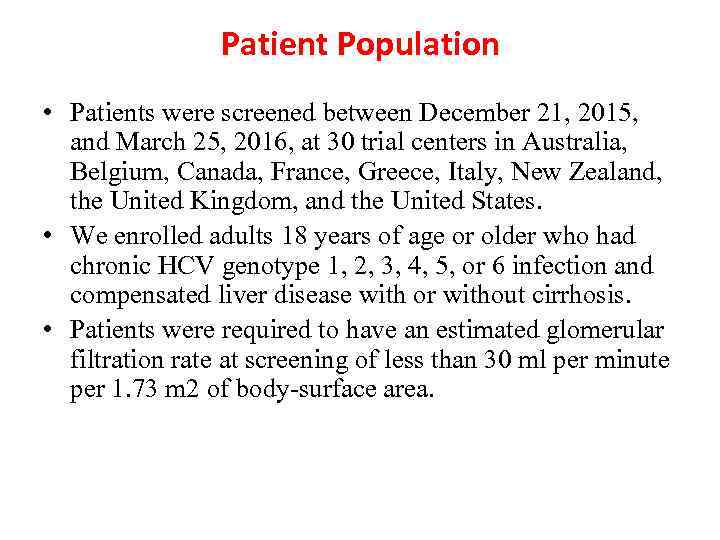 Patient Population • Patients were screened between December 21, 2015, and March 25, 2016, at 30 trial centers in Australia, Belgium, Canada, France, Greece, Italy, New Zealand, the United Kingdom, and the United States. • We enrolled adults 18 years of age or older who had chronic HCV genotype 1, 2, 3, 4, 5, or 6 infection and compensated liver disease with or without cirrhosis. • Patients were required to have an estimated glomerular filtration rate at screening of less than 30 ml per minute per 1. 73 m 2 of body-surface area. 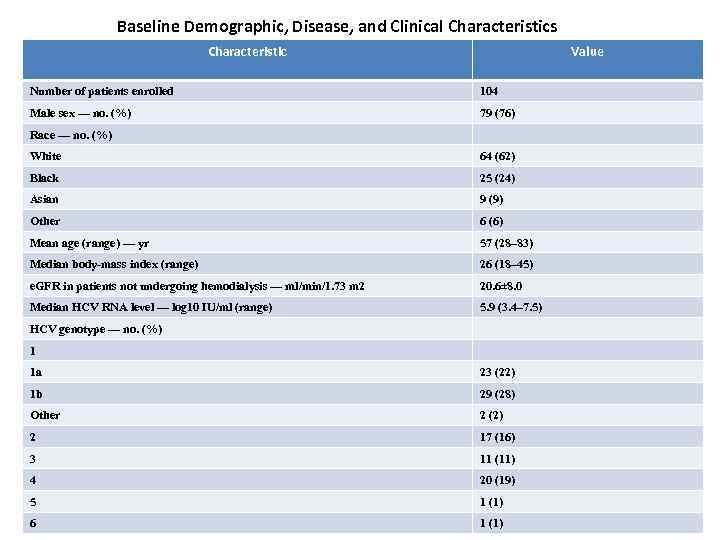 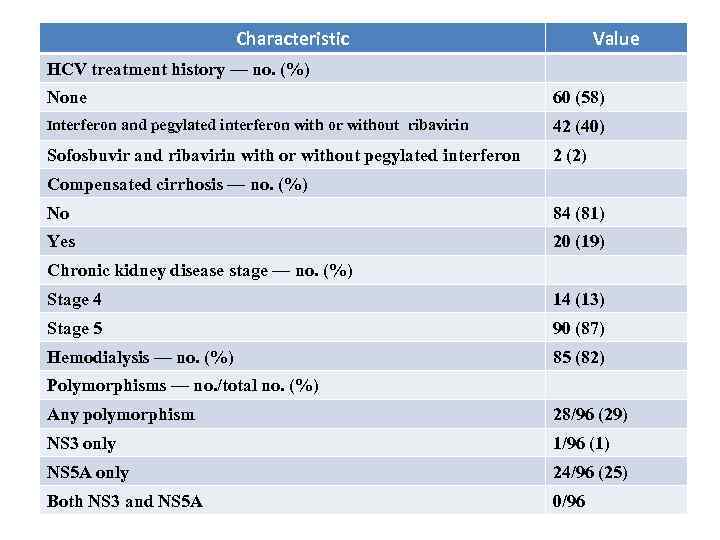 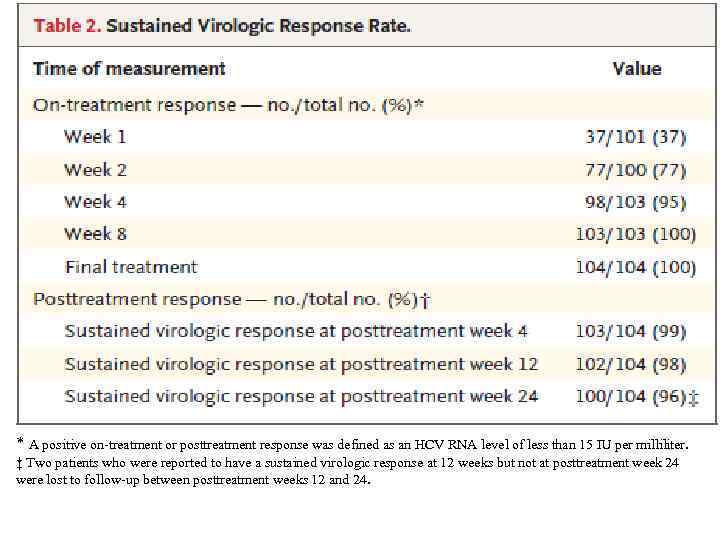 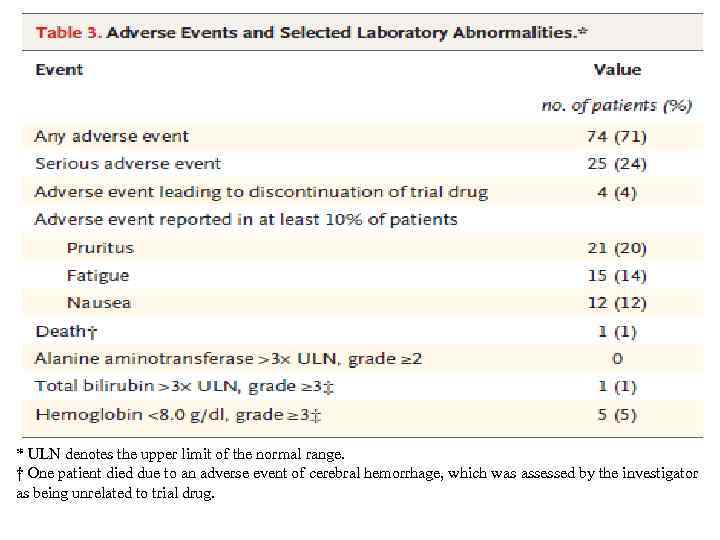 * ULN denotes the upper limit of the normal range. † One patient died due to an adverse event of cerebral hemorrhage, which was assessed by the investigator as being unrelated to trial drug. 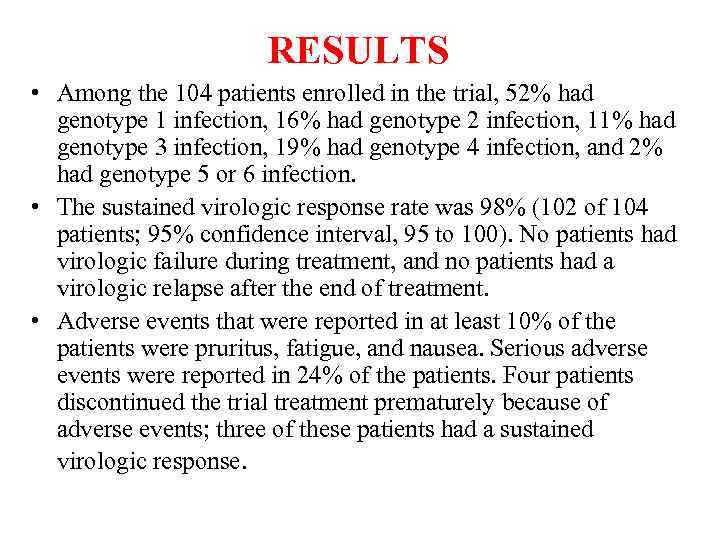 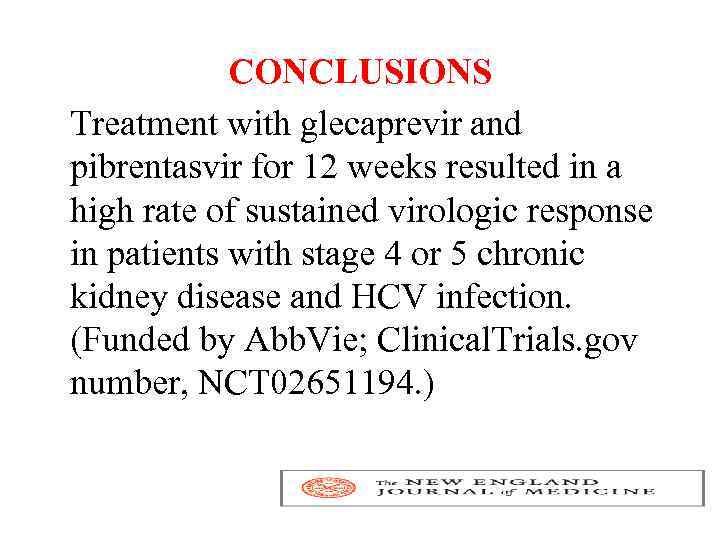